A photo book on panic attacks.
by Alessia Spina

Pandemonio is a photographic book about panic attacks.

I have been suffering from panic attacks for a long time.

Four years ago I decided to track and chase the footsteps of the monster, trying to face the fear, therefore the monster itself.

I listened to lots of people, learned from their stories, and finally collected words and images.

Pan: God half human half goat, who scares travelers with terrible screams.

From here the term “panic”:

A visceral terror, fear without control and possessing us.

A God that resembles a demon,

A God that multiplies and becomes in fact “all demons” is a PANDEMONIO (PANDEMONIUM).

A PANIC ATTACK IS A PANDEMONIUM.

Then, suddenly, my head under water.

The beast pushes me down, into the depths.

And then we begin to look for air just like fish, only without gills.

We are under, inside, it is too late.

A new force emerged, in the meantime: the power of being fragile, the most authentic power.

What resurfaced: even if we feel like dying, a panic attack CANNOT KILL YOU.

A positive event masked as a negative situation.

A rebellion of the body in comfortable situations now uncomfortable.

A help request from WITHIN.

Winning against the deceit of God Pan who, while terrorizing travelers, scares also himself, it is not impossible.

No beast is invincible.

Pandemonio is also a photographic book about vulnerability, usually swept under the rug like shaming grime.

Though, the same vulnerability is the human characteristic par excellence. 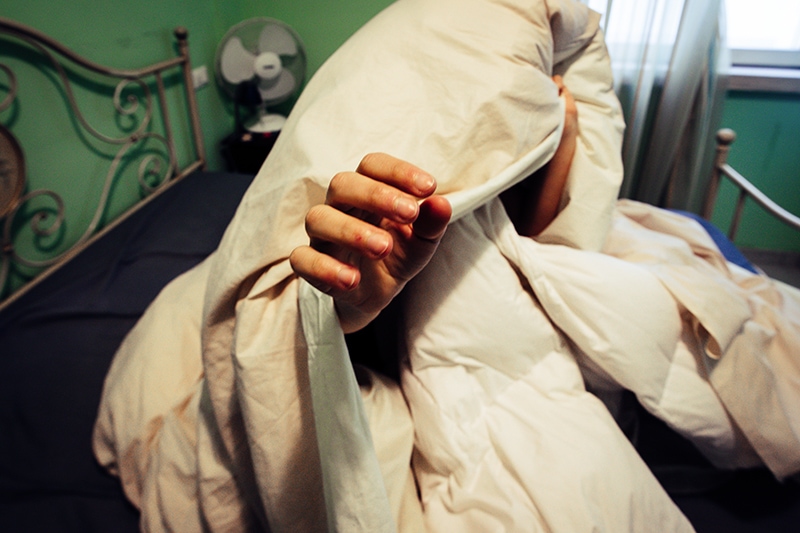 And we turn into depersonalized androids without humanity and sensitivity.

The most part of world population suffers from this disorder but is scared about talking of it, because tends to connect the event, or the sequence of events, to a kind of “handicap”, and to a disabling weakness.

A weakness that can, instead, become a strong point.

A strong point that can free us from a self-control’s addiction.

A useless lifeline pushing us away from ourselves and from other people.

The need to deepen the topic from a photographic point of view arises from the necessity to help other people, willing to assist us, in recognizing the beast.

When having a panic attack we are often helped by people who have never experienced it.

So, they do not know how to handle the situation.

That “fear of the fear”, which is so familiar for us, is not easily detectable, quite the opposite.

Symptoms that can mislead.

That is why is essential to be prepared and know how to recognize and accept those symptoms.

That is why is necessary to have the courage to ask for help and, in turn, to help someone else.

The nth case of panic attack experienced by an unexpected person triggered the desire to look through the lens of my camera what really happened from the outside.

Unfortunately, it can happens to everyone, to those people feeling unassailable too.

Pandemonio was like looking at myself from the outside, through the others.

It was sharing, empathy and courage, for myself and for the persons I met.

An outburst of the soul.

You will not die.

On the contrary, you will reborn. 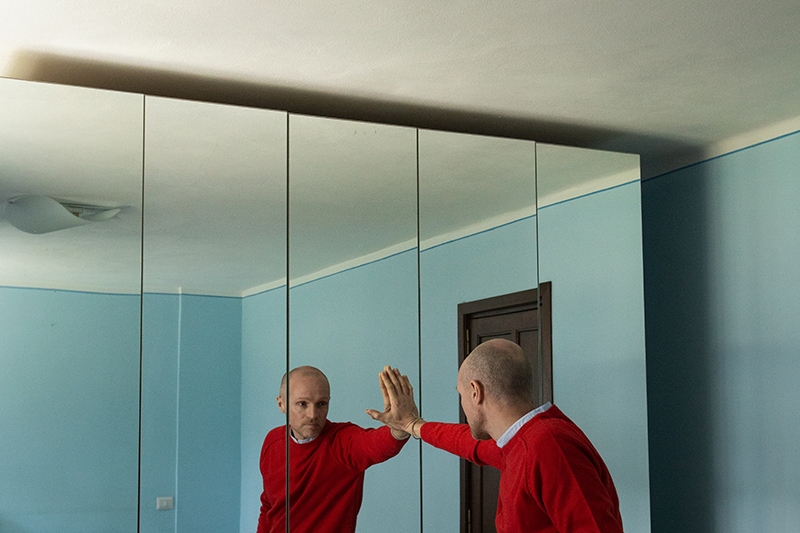