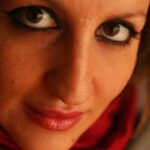 A photo documentary book about Al – Salt city and its region Al-Balqa.
by Fatima Abbadi

Our era is characterized by considerable changes within the geopolitical, social and economic development of many areas of the world, among which is the Middle East. This instability, which involves the whole Mediterranean area and even affects Europe, is destined to change the culture and identity of the countries involved forever. We have already witnessed and continue to witness upheavals of entire territories, their destruction at times is slow and almost unconscious, but at others it is sudden and brutal. Whether this is due to the effects of “globalization”, or the product of various interests, or the wish to impose ideologies, the result is still the loss of culture and the collective memory of societies and the erosion of ancient practices and cultural intricacies.

Recording these cultures at a time of change such as the one we are experiencing currently, is vital to preserving the diversity of memories and the richness of humanity now at the risk of annihilation.

I have therefore decided to help in recording and capturing these memories by focusing on my family’s hometown. Al-Salt is located in the heart of the Middle East, in Jordan, and is the perfect example of what is happening. The city, while predominantly Muslim, has an important Christian faith which comprises a significant part of its population. The influence of the Mediterranean in this area has encouraged the development of a rich and varied culture and a unique architecture, that bears a mixture of Arab and European influences.

However, such diversity is beginning to fade away as the city is facing vast changes each passing year, threatening its traditions and lifestyles.

For 10 years now I have been documenting photographically this unstoppable process, hoping to save its memory and to speak to the minds and hearts of those who have the power to intervene to preserve what precious little still exists.

The book will be launched during the opening of the exhibition that will take place on September 2017 in Amman, Jordan.
Text: Ismael Abder-rahman Gil
Photography: Fatima Abbadi
Mignon, Cultural Photographic Association
http://www.mignon.it/