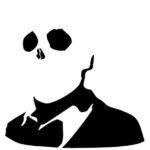 Graffiti, street art, paintings. Evolution of an artist.
by OZMO

Ozmo 1998-2018 tell us the story of an artist’s evolution, of a generation of artists and the history of an avant-garde. 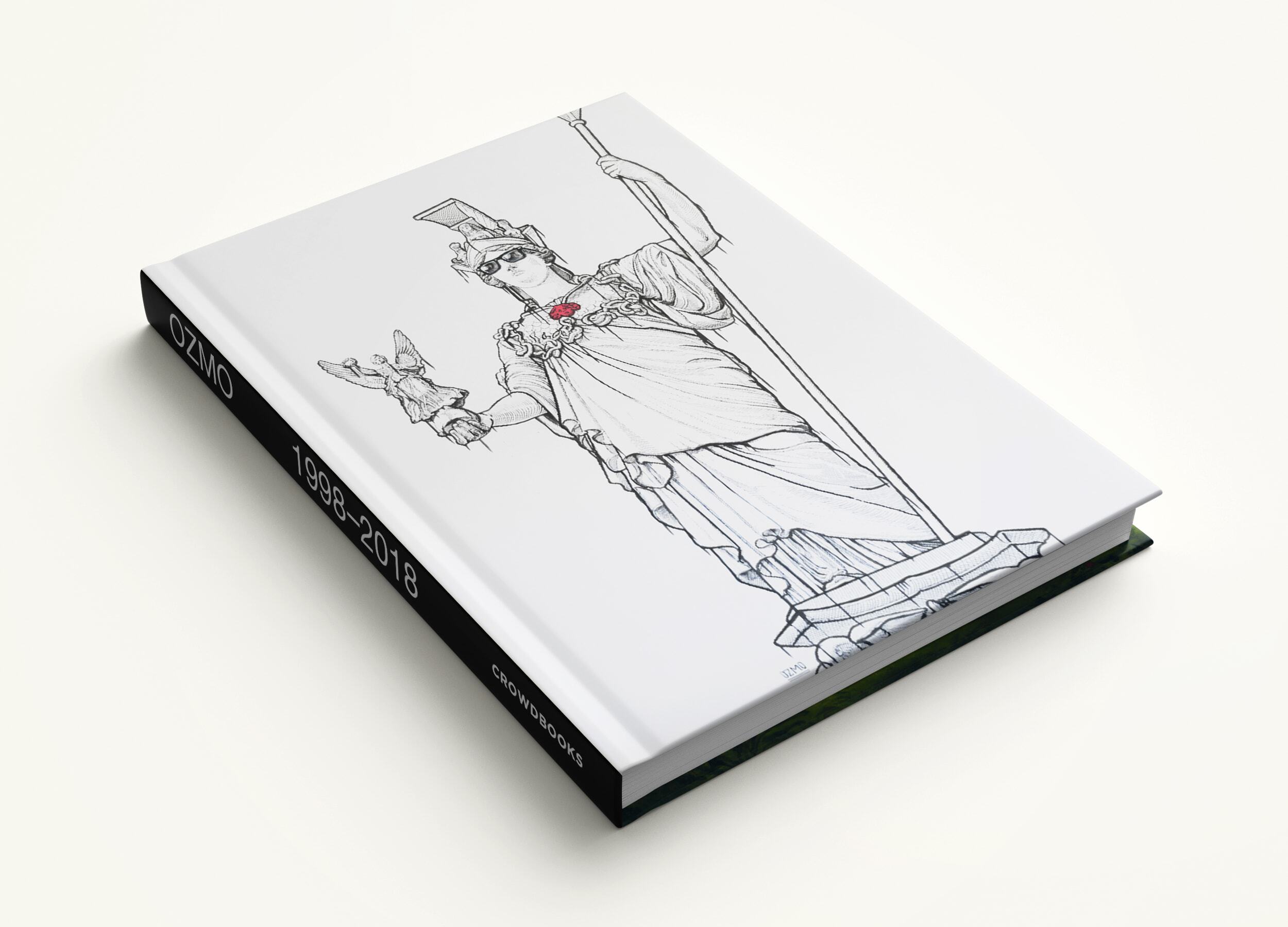 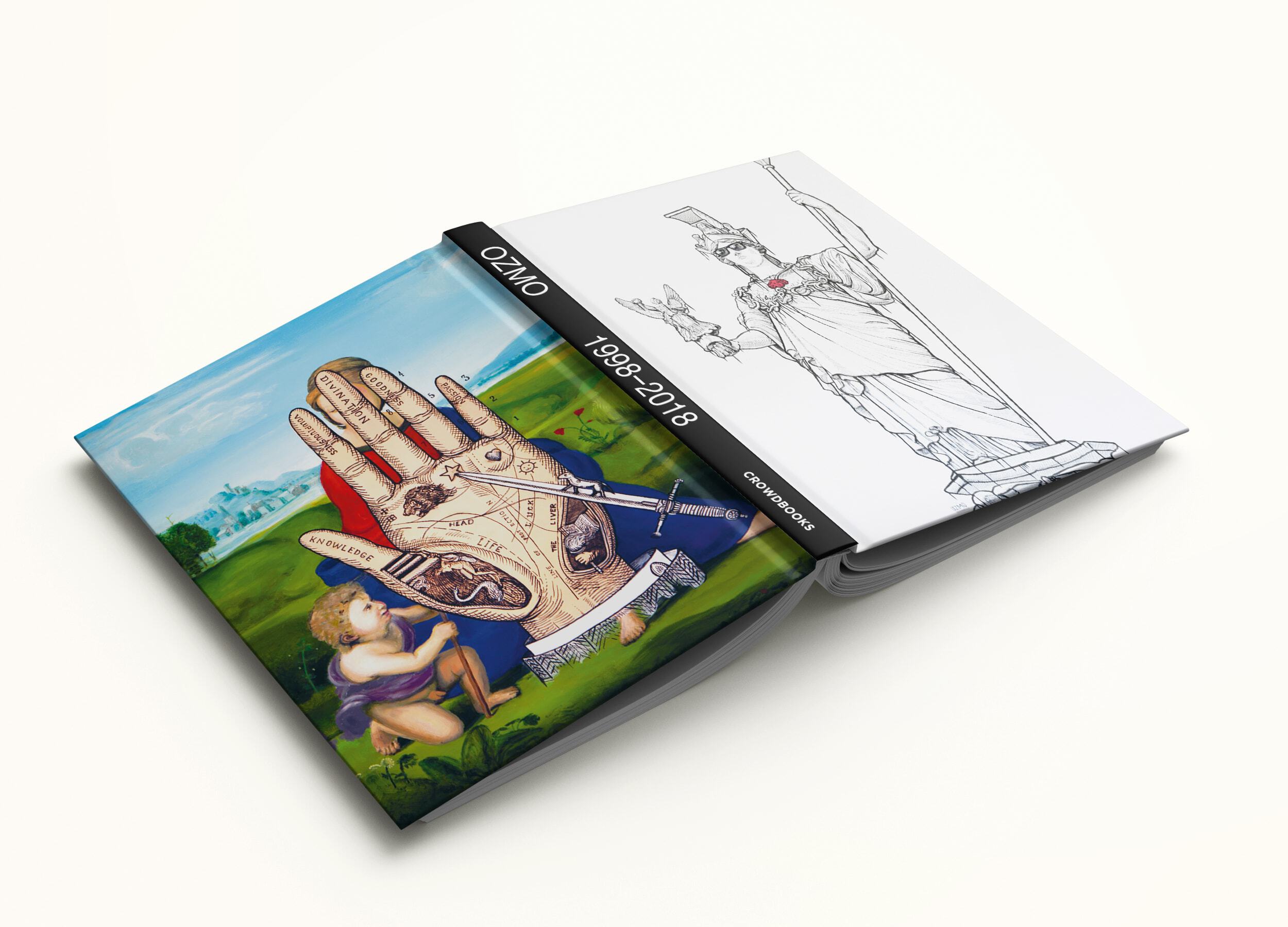 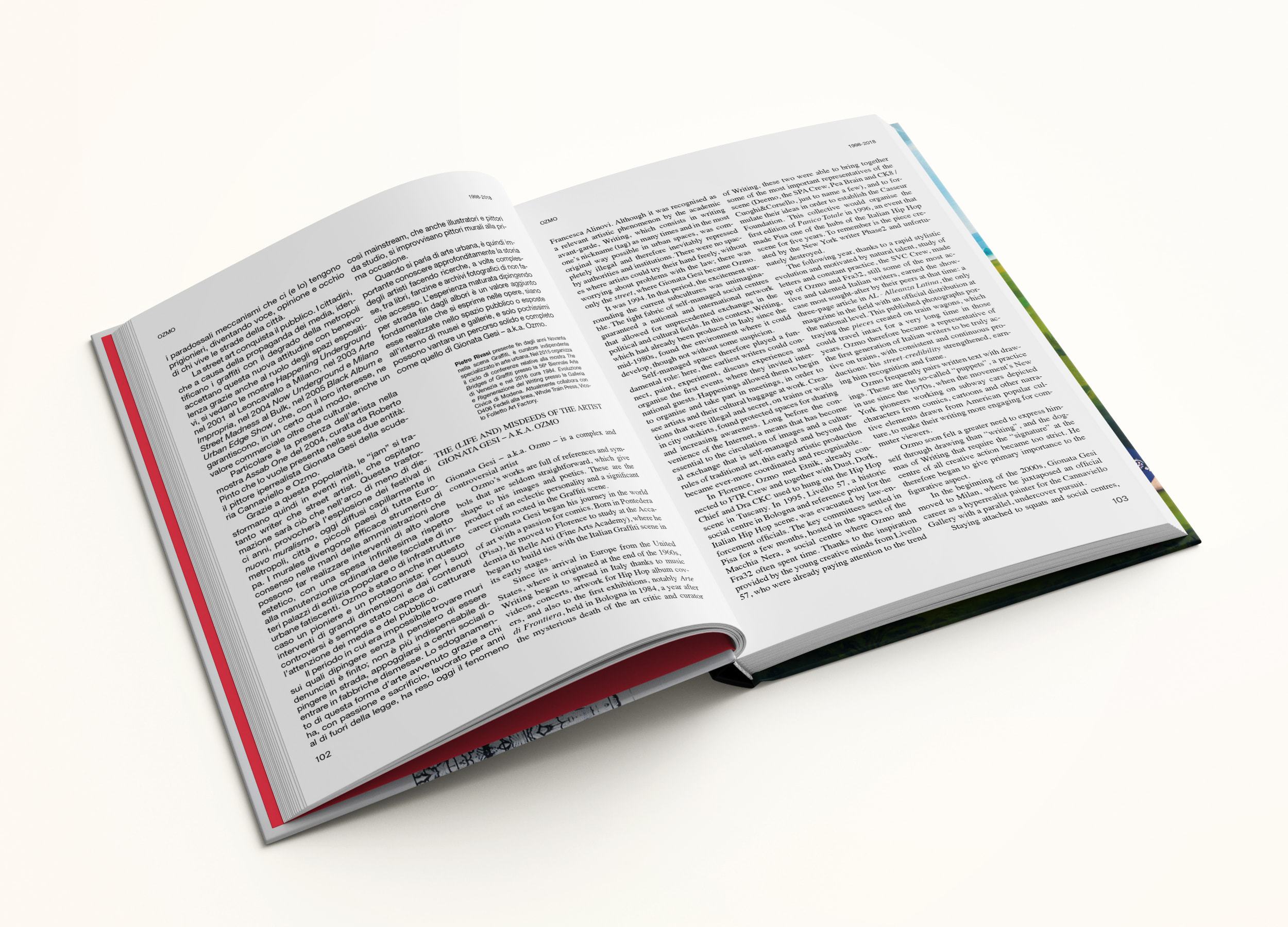 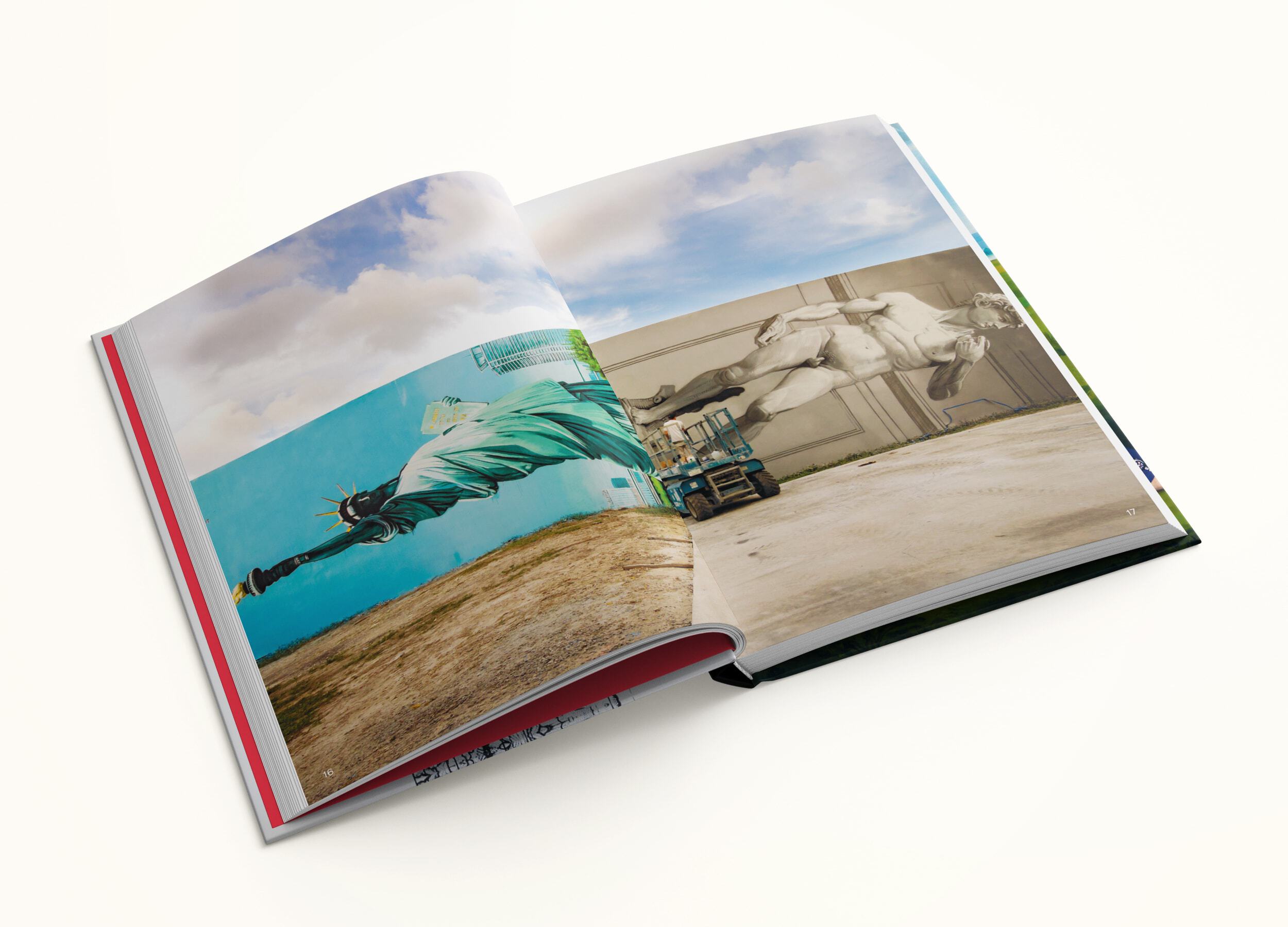 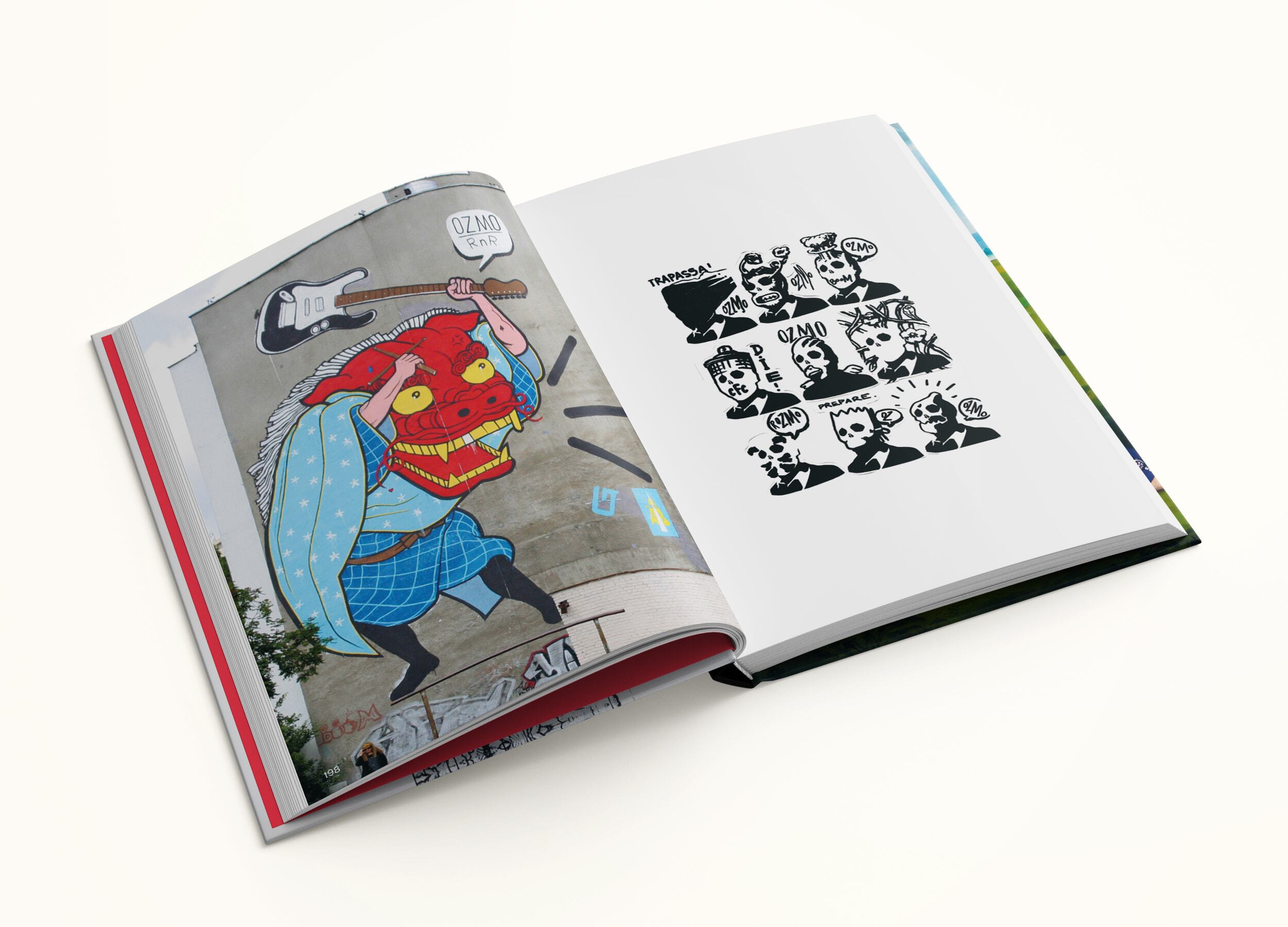 From Graffiti, to Street Art, from art galleries to museums, Ozmo’s work is the synthesis of what happened to a handful of artists who found in the street and its rules the birthplace of an expressive form that has become increasingly aware and recognizable, enough to feel the need to be read on several layers: social, political and artistic. 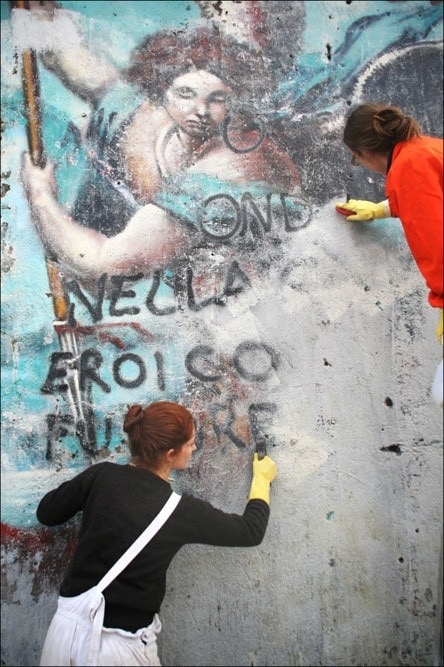 Halfway between an elegant and thoughtful journey through the images ( edited by graphic design studio nationhood ) and a technical tool to fix and let all know the artist’s work in depth, Ozmo 1998-2018 is accompanied by 5 critical texts that retrace 5 different themes identified by the curator Francesca Holsenn in order to immerse the reader conceptually in his work. 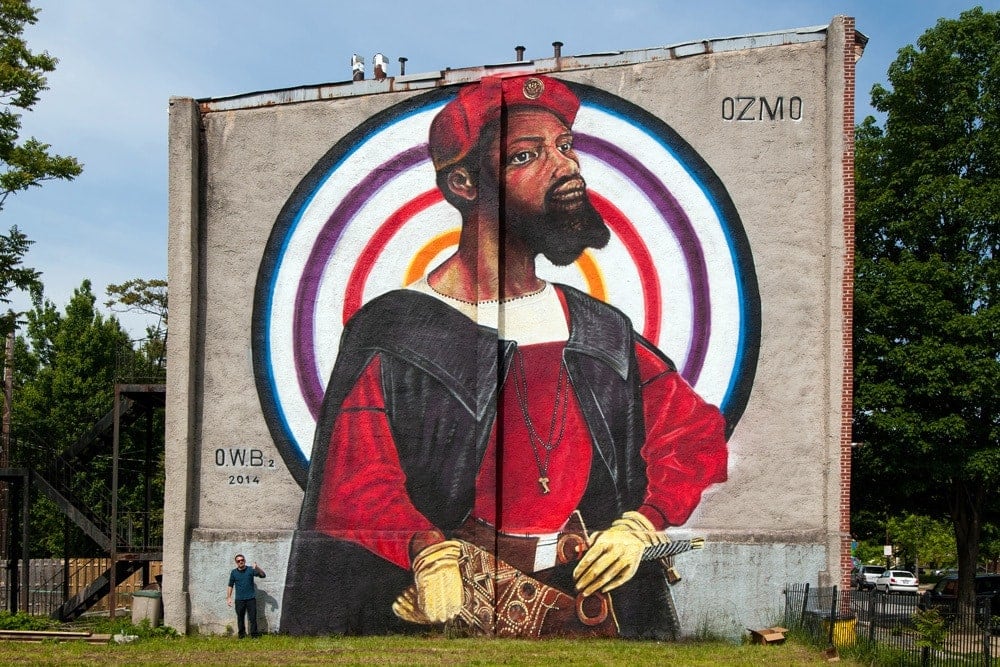 Illegality, symbol, system, image and relationship between pop and élite are the themes developed respectively by Pietro Rivasi, Alessandro Benassi, Alessandro Giammei, Cyrille Gouyette and Pierluigi Sacco. These authors were able to give Ozmo’s work that third dimension left for too long without a real investigation. 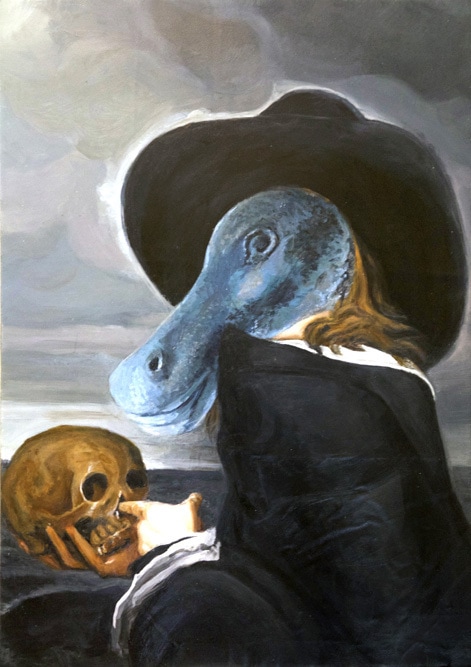 Piero Rivasi tells us about the dawn of the work of Ozmo, when from illegal Writer becomes a pioneer of Italian Street Art, Alessandro Benassi deeply analyzes the importance of religious symbolism, esoteric, archetypal in the artist’s work, Alessandro Giammei underlines the conflictual relationship and paradoxical with the system. 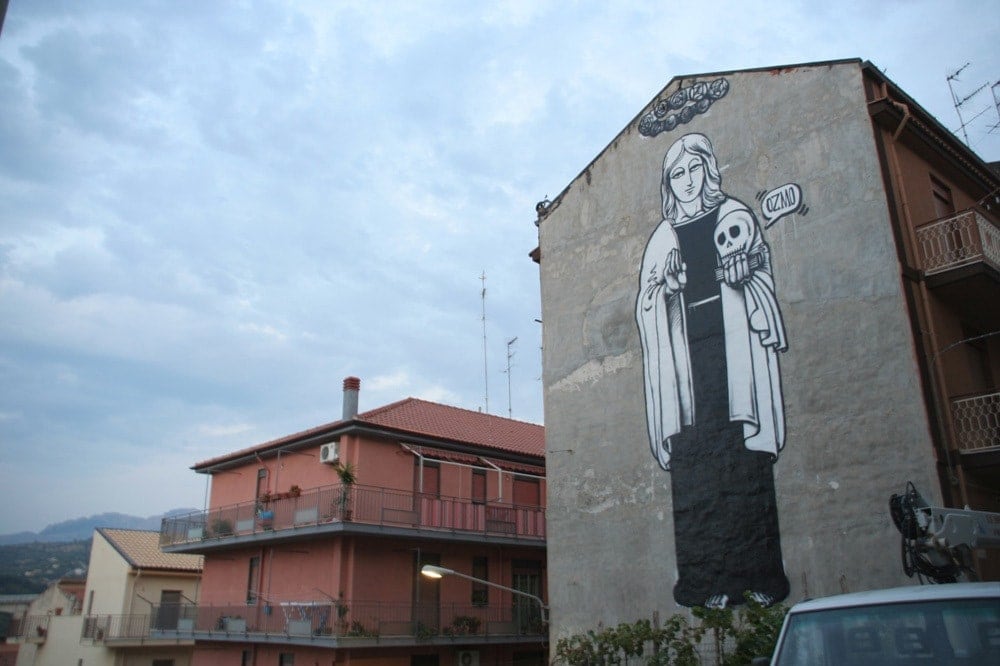 Cyrille Gouyette offers us a very interesting re-reading of the relationship between Ozmo’s work and Street Art itself through the use of image power and Pierluigi Sacco inserts it into the debate on the meaning of the new muralism and its relationship with traditional art. 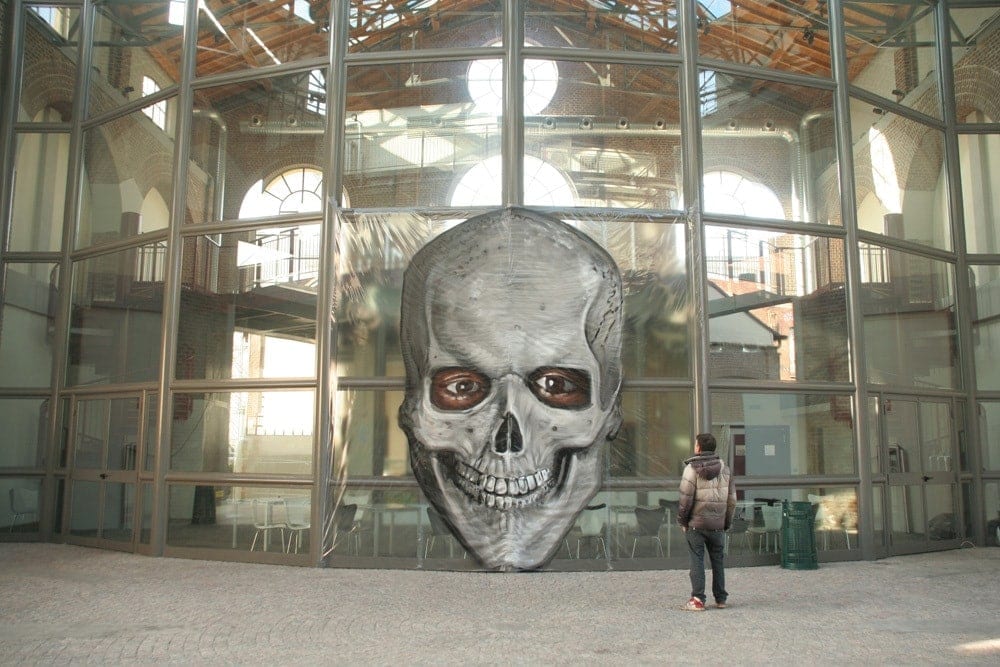 The book consists of 240 pages and comes with an hardcover. The size is 24×32 cm vertical. It’s an impressive object-book, a real collectible, suitable as reference with a strong aesthetic impact. The greatness of Ozmo’s muralism work naturally pours into full frame double pages that are able to give almost totally the same dizziness that you can feels when enjoying the works live. 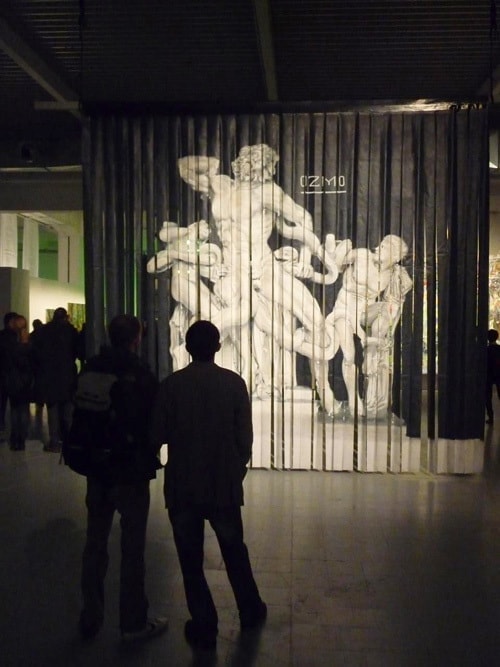 The archive work and the research of the material has also led to the publication of images that take us into the artist’s studio in various temporal contexts, giving unpublished and intimate moments of his work but, not only! The opportunity that Ozmo had to work all over the world and collect photographic material in every place gives to the book a true added value which is the one of being able to travel with the artist to savor in a genuine and complete way one of the most important features of his work: the close contact that every creation has and had with the places in which it was created. 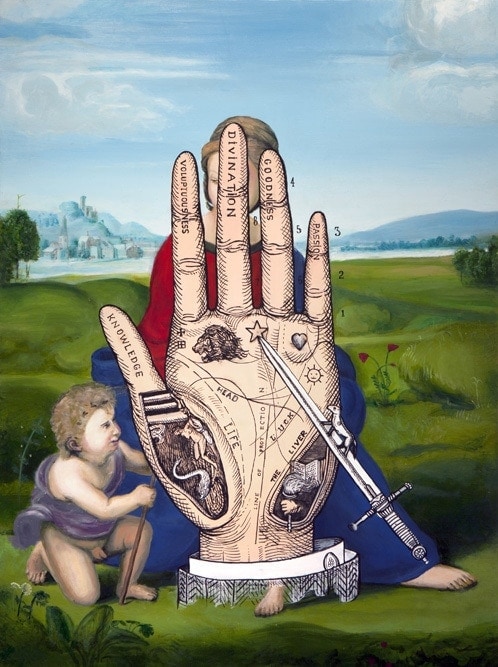